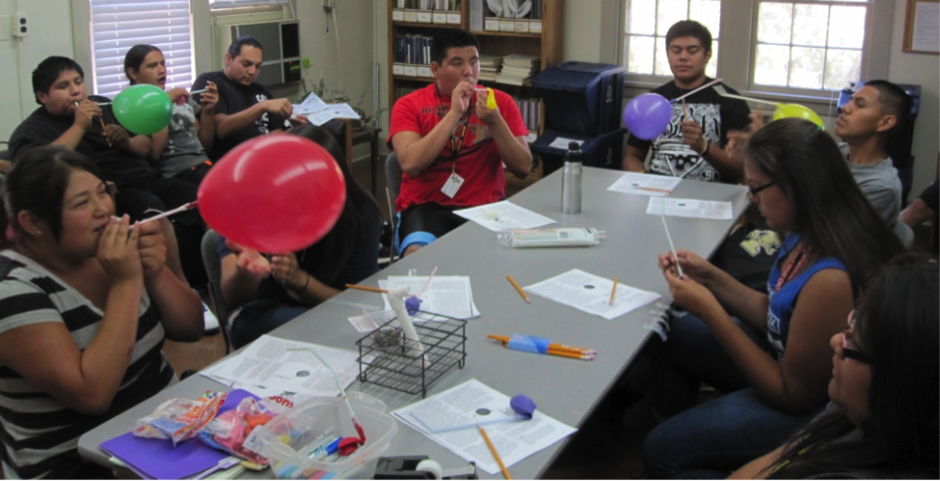 Native students learn about rocket thrusters and how they function in space.

Dr. Galindo has extensive education and research in working with Native American students. While serving as chairman of the science department on the Shoshone-Bannock Indian Reservation, he was twice elected as the National Indian Teacher of the Year, awarded by the National Indian School Board Association.

Dr. Galindo describes himself as “round and brown”, full of curiosity for life and learning. He finds humor in most things on this planet, including himself.
© Copyright 2015 | Contact Us
Powered by